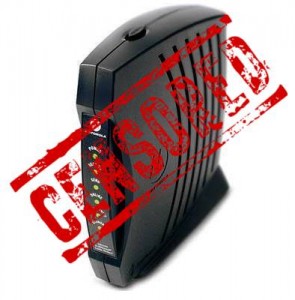 Australians suffers from Tall Poppy Syndrome – we love to back the underdog – and when it comes to the telecommunications market, they don’t come any taller than Telstra. A quick browse through the popular Whirlpool Forums will reveal the depth of hate over the vice-like monopoly grip that the company has over the Australian communications infrastructure. By most accounts, we’re paying more for our phone and internet services than should be.

So by now you’re probably thinking “if you can make phone calls on the Internet, I shouldn’t have to pay for both a phone line and the Internet, should I?” and you’d be spot on. Many Internet Service Providers (ISP) now offer what’s called “naked” broadband, meaning you don’t have to pay the “Telstra tax” (a.k.a. line rental). Some ISP’s includes a free VoIP service, and others offer it as an optional extra. The call rates are quite competitive compared to traditional phone plans as well.

Then of course, you could always just grab Skype. If both you and the person you want to talk to has Skype installed, then the call is completely free! (They make money by charging for calls made back to the old-fashioned telephone network).

Save money. Get naked now! Compare naked DSL plans (the site is not affilliated with THRIFTerrific).

* This is not a completely accurate historical account, so if you’re doing school work, go check something slightly less dodgy like Wikipedia :-)